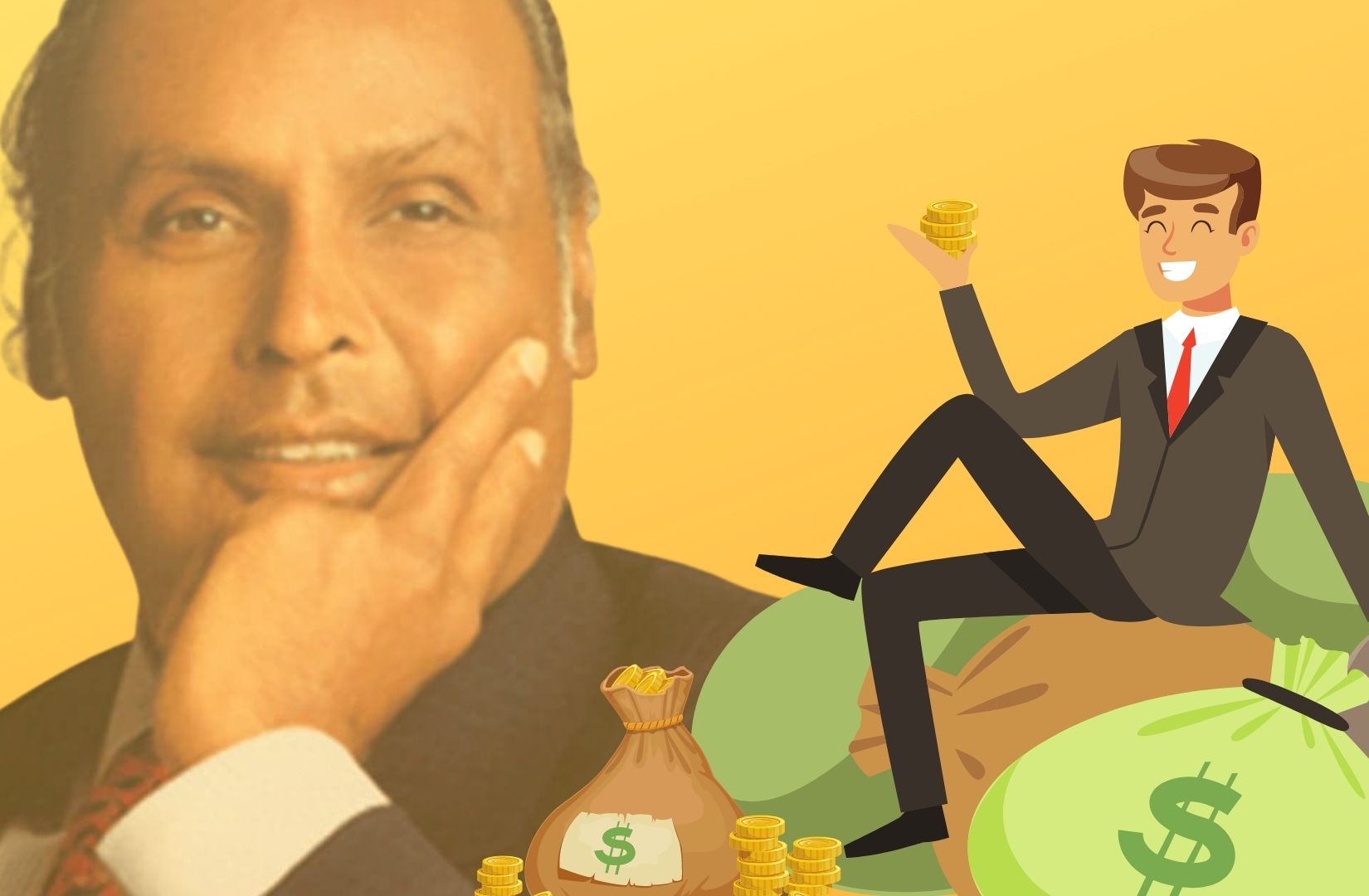 How did Dhirubhai Ambani get so RICH? For a person working in a petrol pump, what do you think his or her biggest dream will be? One day, I will buy the best bike available or I will buy a luxury vehicle but there was one man who worked at a petrol pump whose dreams were a little bigger than that while filling petrol in others cars, he said to himself one day not only this car but the petrol going in this car and this petrol pump too will be mine

This is the story of DHIRUBHIAI AMBANI if this man did not take this one risk in his life. Then perhaps even Mukesh Ambani would be selling masalas in a Masala shop in MUMBAI. Today 28th December is DHIRUBHAI AMBANI’s birthday what a coincidence! Today is the birthday of another visionary too! Ratan Tata.

How did Ambani’s get so rich and Secret business strategy of Reliance and does learning about his story make any difference to us.

if you got some value from this video please share it with your friends.

Lesson 1: HOW BIG SHOULD YOU DREAM?

He was bron in CHORWAD,JUNAGADH ini a ordinary family! His father was a teacher and his mother a housewife. They had problems with money at home. They were short of funds. Dhirubhai was not able to finish his studies too.

To earn Rs 5 a day. heh started selling fruits. Today, Reliance is a part of the Fortune 500 companies.
That means out of the 500 biggest companies worldwide there’s an Indian company that finds itself there. This company merely 70 years ago, was only a dream.

Today, to understand the secrets of successful people we read autobiographies. We listen to podcasts we watch videos on YOUTUBE.

How did DHIRUBHAI learn BUSINESS?

he wouldn’t drink the cheaper tea available at tea stalls. he would go to a hotel. and pay rs 1 for tea there. WHY?

NOT FOR THE SAKE OF SPENDING NOT FOR SHOWING OFF! BUT TO LISTEN AND LEARN!

why will a businessman go himself to talk to a petrol pump worker? why will he randomly share business secrets with a stranger? But Dhirubhai would listen to the businessman while drinking tea and he would learn their tops to run their business.
If You really want to search for a solution then the lack of money or the lack of guide these excuses just do not cut it.

DO THE BEST WITH WHAT YOU HAVE.

DREAM SO BIG THAT IF TIT COMES TRUE, IT SHOULD CHANGE YOUR LIFE!

in 1958, Dhirubhai left his job in the petrol pump in YEMEN and landed in the city of dreams- Mumbai. He invested Rs 105 lakh and started a trading business. He used to trade in masala and spices. At that time, Chmpaklal Damani was his partner
He was rich.

He put money into this business as well. The business was going on quite well for its time.

Damani thought everything is going quite well. we are making quite a decent profit right now. Why should we take a new risk right now?
So Dhirubhai ended his partnership with him. He took all the risks himself in the year 1966

and started a new business YET AGAIN, HE STARTED FROM ZERO you probably must have heard of this business name Reliance commercial corporation

It is the same reliance -> petrochemicals, textiles energy telecom, whatever industry you name. Reliance has a footprint there

What if Dhirubhai was happy with his masala business? Then maybe Mukesh Ambani would be selling spices in a shop. But heh took a risk. this was not a random risk. it was a calculated risk.

TAKE CALCULATED RISKS AFTER UNDERSTANDING THE MARKET AND YOUR CAPABILITIES.

Read: What Is The Scientific Reason Behind Diwali? 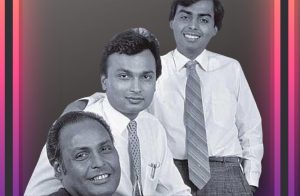 That one thing is people trust. Today, what we’re seeing in the stock market is that every IPO is getting oversubscribed right now. It doesn’t matter if people know anything about the company.

But they know one thing about the Indian markets that India has a long growth trajectory ahead. But things were different in the year 1977. Only a small percent of the people invested in stocks. The stock market was considered to be the riskiest Investment IN those times. when the Reliance IPO Came out.

Dhirubhai Ambani won the trust of more than 58000 investors. At that time, he promised the common man of the country that whoever invested in the shares of Reliance today and become an owner of a small part of the company today will become a crorepati sometime in the future. And it’s True

You can see it for yourself by checking the journey of Reliance From 1977 to now, No, we’re not promoting Reliance Industries. But we’re promoting a particular thought.

and it is these compounding relationships over time. that have made Reliance the company it is today.

Lesson 4: WHAT MADE RELIANCE SO BIG.

How did reliance become the big giant it is today? Today, Reliance industries is a Rs 13 lakh crore company But how?

What made Reliance and the Ambanis so rich? Reliance used a very important strategy from its starting days. and that strategy is forget the big cities of the country. Reliance made sure its products reached the smallest towns and villages in the country.

Dhirubhai himself spent his childhood in a village People from small towns and villages can be ambitious. Dhirubhai knew this fact. he knew that India’s true potential is in its villages

By developing villages, We can develop the whole country. You can win by selling products at prices less than market rates. Dhirubhai Ambani Knews this secret of getting sales. You can see this strategy in several Reliance Products even today

Dhirubhai Ambani’s story is important for all of us because many of us end up thinking that we are ordinary we’re a common man. We don’t deserve to dream big. But Dhirubhai has proved this that when a common man dares to dream big and bold. he ends up conquering the world.

When The word ‘Startup’ had not even come to India. He made the impossible possible. It takes courage to make your dreams come true. and those who end up having this courage. end up conquering the world.