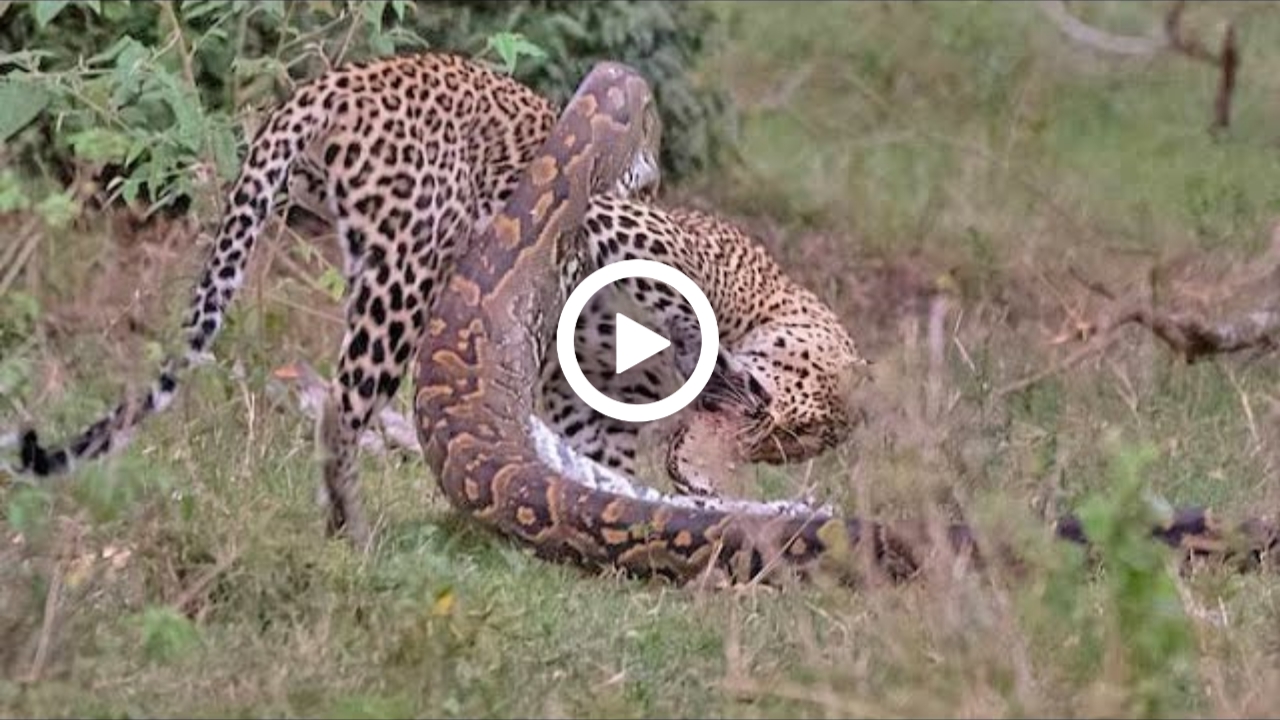 What an unbelievable sighting of a Leopard and a Python in a full-on brawl for survival. In the wild, it comes down to “survival of the fittest”, and with these two very diverse species going head to head, this action-filled sighting kept the visitors on the edge of their seats!

“On the 12th of October, we had guests all the way from the USA staying at &Beyond Kichwa Tembo camp in the Mara Triangle. On a private afternoon Safari drive with the guests and our guide, Oscar Taiwa, Mike and Suzie Moll seemed to enjoy the bush and the sightings of the animals. We got to an area where we came across a leopard who seemed curious about something in the grass. Knowing that the leopard could be preparing for the hunt, the guide stopped the vehicle and we watched for a while. Between the bushes – the hidden creature became clear into view and we realized that this leopard took an interest in a HUGE African Rock Python!””

“It wasn’t long after we spotted the Python when a full-on battle broke out between these 2 amazing animals. Initially, it was a feeling of surprise for everybody as this kind of sighting is just so rare! For a moment it seemed like the leopard lost the battle when the Python started wrapping its coils around the leopard in an attempt to suffocate it, but with miraculous agility, the Leopard managed to free itself and jump out of reach, biting and clawing at the Python. Each of these creatures met each other’s fierce combat strategy to survive, but they knew that there will be only one ultimate survivor.”

“In the end, the Python was defeated with numerous puncture wounds on its body, especially on its head area. The leopard also had injuries with an obvious wound to the right front paw which could be clearly seen as it limped away from the scene. I have never experienced an encounter quite like this before and it was also a first for our guide Oscar!”

“As with any leopard sighting in the Mara, the sighting spot got very busy very quickly, so you can imagine the excitement amongst the guests but most notably the guides. This was really such a unique sighting and we’re very lucky to have also caught it on video.”