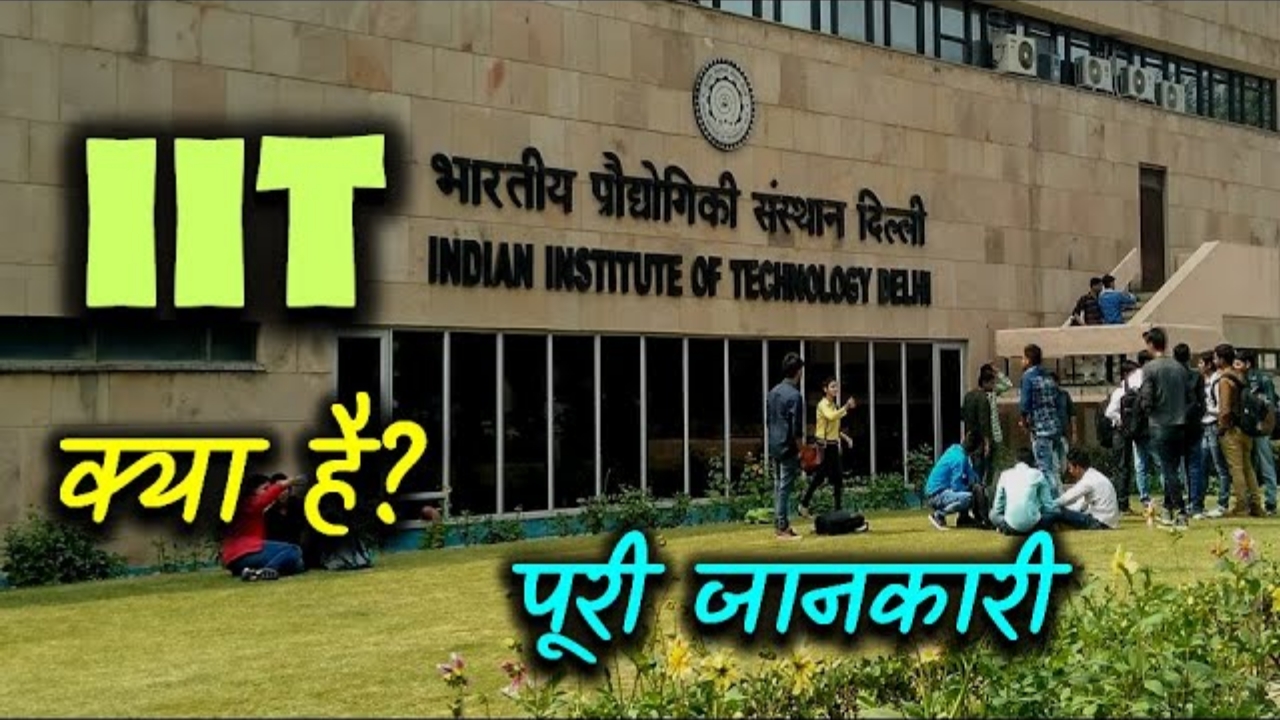 The Full form of IIT-  Indian Institute of Technology. IITs are considered to be one of the most amazing colleges not only in India but all over the world. Many people study from these institutions and big people like Engineers, high level scientists, researchers, and technologies emerge. It is a prideful situation for us. The first IIT institute in India was opened in Kharagpur which was established in 1951 by the Government of India. Today there are a total of 23 IITs in India, which have been established in different states and different states of the country. Lakhs of students want to study in these institutes.

It is the dream of millions of people to study in IIT.  There are many people in IITs whose selection gets jobs in very big companies like Microsoft, Google, Apple, Amazon. Even winning IITs are institutes, they are all autonomous, they have their own rules, laws and rules. In this, you have to pass 12th class to take admission, after that you can get an IIT exam, if your number is good then you get a good college. This exam is also called the toughest exam of India.

How to do IIT

Candidates have to clear JEE Mains exam for admission in IITs. After that the people who pass it, who are at least 2.50 lakhs, they give the JEE Advanced exam to get admission in IIT. The top students who pass it are selected in IIT. There are different courses in IIT which are called branches. Like civil engineering, software engineering, mechanical, computer science branch etc. Students who get higher ranks get higher for B.Tech like software engineering whereas students with lower ranks have to study in branches like mechanical, civil.

When to start IIT preparation

Almost all the students who go to IITs start preparing for IIT entrance exams after completing 10th class. These students join any coaching class and do 11th, 12th both. You can start the preparation for this only after 10th class, only then your admission will be possible in IIT  Because today the competition has increased a lot.

To do so, IIT aspirants need to have 12th pass from science stream.Note that it is mandatory to have Physics & Mathematics in class XII while Chemistry or Biotechnology as a third subject. Along with this, it is necessary to have 75% in 12th to go to IIT. There is also a provision of relaxation in % for SC, ST.

This exam is considered very difficult.  Questions from Physics, Chemistry and Maths are asked in this IIT examination. This happens online. In this, you are given 3 hours in which you have to complete all the questions.

How much is the fee of IIT

If we are talking generally, then the fees of IIT for BTech is almost 2 to 2.5 lakhs every year which is 8 to 10 lakhs in 4 years. Note that IIT college fees are lower for scheduled caste, schedule tribe & PH students. The total fees for these four years is 2-4 lakhs.

There are many benefits of doing IIT, some of which are as follows –

Top college in India For IIT